This year long course has certainly been one of the best PD opportunities that I have had this year. Through seven sessions of videos, information, readings and group discussion with other teachers all in Junior level classrooms I have learned so much and had many aha moments. The IY programme is based on a pyramid and throughout the weeks we worked our way from the bottom to the top, from strategies that should be used first and most at the bottom, to the least used final steps at the top. 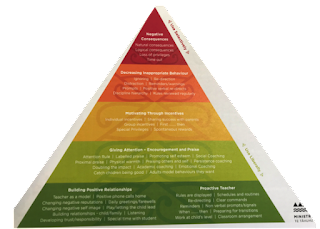 The six sections of the pyramid are broken down into:

I started with building a stronger relationship with him at the beginning of the year and then we worked together to address the negative behaviours. He now has his own incentives chart, which he is responsible for, with goals we decided on together (phrased as the positive opposite that he is learning to be able to do e.g. I can choose a good learning spot) 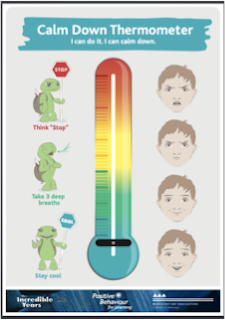 and a reward he has chosen (stickers of cars, motorbikes and superheroes :) He also uses a calm down thermometer to take some time out to calm down when he becomes angry. He has worked incredibly hard this year and his behaviour now certainly shows this.

I am now proud to be an Incredible Years trained teacher, and I can definitely say that I have the confidence, skills and knowledge to build a great classroom culture and to know what steps I can take when any issues arise.
Posted by Nicole Harris at 02:03

A bit of light reading...